Not only is Niagara a sought-after place to call home that is bursting with first-class amenities, it is also rich in history. Spend the day touring just some of the Niagara landmarks and locations that played a central part in Niagara and Canadian history.

Christopher Buchner purchased 400 acres of land from his father-in-law, James Forsythe, in 1799 and used the top of the hill as a burial ground. It later became the site of a fierce battle between the British and the Americans in 1814. The area became known as Drummond Hill in honour of General Sir Gordon Drummond, who was a Canadian-born British Army officer and the first official to command the military and the civil government of Canada. As Lieutenant Governor of Upper Canada, Drummond distinguished himself on the Niagara front in the War of 1812 and later became Governor-General and Administrator of Canada.

Drummond Hill Cemetery is a nationally recognized heritage site and is most famously known as the battle grounds of the bloodiest battle of the War of 1812- the Battle of Lundy's Lane. It is the burial place of Laura Secord and many whose lives were lost during the battle.

Photo courtesy of: Marriott on the Falls

Every weekend during the month of October, the Lundy's Lane Museum conducts tours of Drummond Hill Cemetery which was the location of the Battle of Lundy's Lane.

The Battle of Chippawa, fought on July 5th 1814, was the start of the Niagara campaign of 1814, when a British, Canadian and aboriginal force of about 2,000 men, attacked an invading American army of about 3,500. After nearly a full day of fighting, the British were forced to withdraw and the Americans won the day. But three weeks later, at the Battle of Lundy's Lane, the Americans would be defeated.

The Battle of Chippawa took the lives of about 200 American, British, Canadian and Native warriors allied to both sides, most of whom are thought to be buried at the battle site. The Niagara Parks Commission acquired the site in 1995 and has preserved 121 hectares of the battlefield, the last remaining site from the War of 1812.

McFarland House was built in 1800 by John McFarland and his sons on land granted to him by King George III. It is one of the few buildings in Niagara-on-the-Lake that pre-dates the War of 1812, and was used as a hospital and headquarters for both the British and American armies during the War. It was also the location of a cannon battery created to protect the Niagara River as it was built on a ravine that was used as the launch point for the British attack on Fort Niagara in 1813.

Nine days after reoccupying the fort, British forces conducted an assault that led to the capture of Fort Niagara. Fort George's inability to guard the mouth of the Niagara River led to the creation of Fort Mississauga, with Fort George only seeing limited use from the military until the end of the First World War. During the late-1930s, the Niagara Parks Commission built a reconstruction of Fort George.

The British Methodist Episcopal Church, Salem Chapel was founded in 1820 by African-American freedom seekers in St. Catharines. The Salem Chapel was an important centre of abolitionist and civil rights activity and was the cornerstone of a growing community of African-American refugees from the United States. The most famous and celebrated member of the church was Harriet Tubman who lived in the area from 1851-1858 and led many fugitives to freedom via the Underground Railroad to St. Catharines. The heritage value of this church resides in its exceptional associations with the anti-slavery movement and the early black community to which it bears witness.

You can follow the Freedom Trail and learn more with the help of a brochure from Tour St. Catharines. 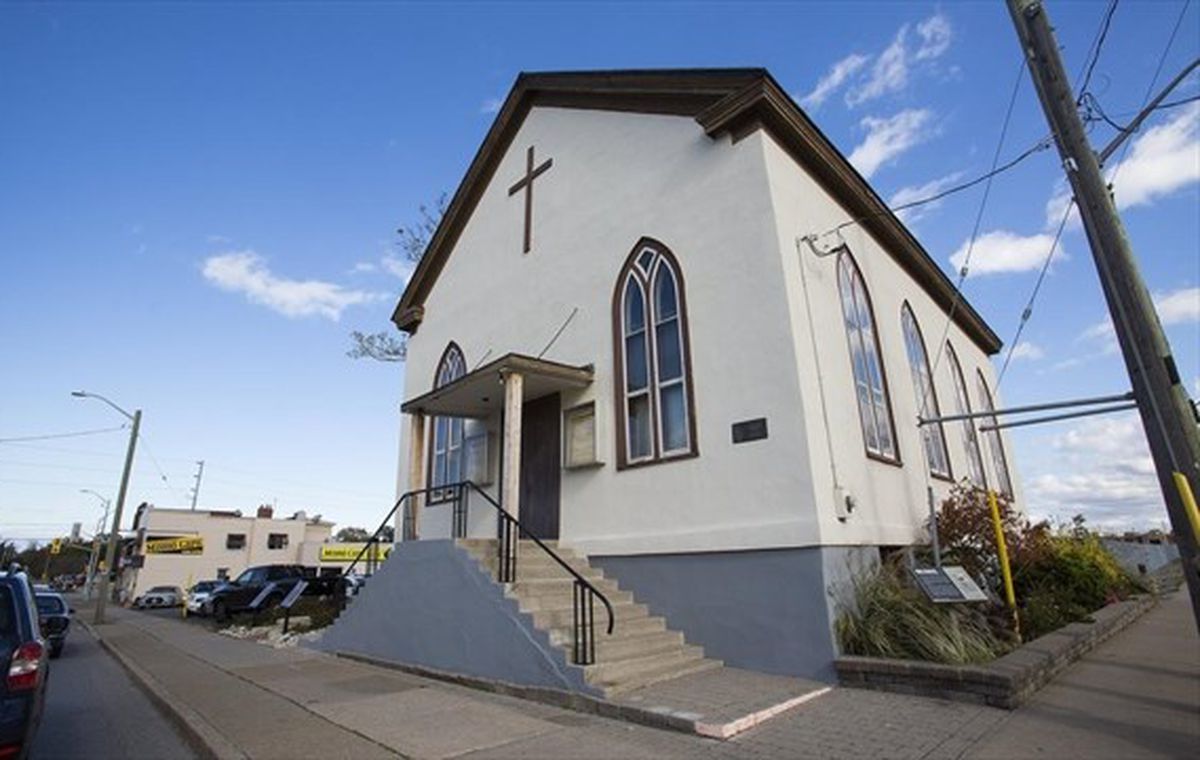 Major-General Sir Isaac Brock was a British Army officer and colonial administrator from Guernsey and was assigned to Lower Canada in 1802.

On October 13, 1812, shortly before dawn, American troops crossed the Niagara River and inched their way up the Niagara escarpment with the intention of cutting the British supply line leading to the west. Major-General Isaac Brock, Commander-in-Chief of British forces in Upper Canada, was stationed at Fort George in what is now known as Niagara-on-the-Lake (previously named Newark).The British were victorious in retaking the land at Queenston Heights but Brock lost his life leading his soldiers in the charge.

Brock's present monument is located in Queenston Heights and contains his remains. It was rebuilt with limestone in 1853 after the original monument was bombed in 1840. Also known as the home of William Lyon Mackenzie, a Scottish-born Canadian-American journalist and politician. His strong views on political equality and clean government drove him to rebellion in 1837 (after a career as mayor of Toronto).

The restored home reveals 500 years of printing technology and the rarest in the museum's collection is the Louis Roy Press- the oldest press in Canada and one of the few original wooden presses remaining in the world.

Laura Secord is known for having walked 32 km out of American-occupied territory in 1813 to warn British forces of an impending attack- a treacherous journey that would have taken 18 hours to complete.

Laura encountered Native forces who were allies of the British when she reached Beaver Dams. The allies then accompanied her to DeCew house where she was able to deliver her vital message to James Fitzgibbon. As a result, the Native forces were able to ambush the invading Americans and defeat them at the Battle of Beaver Dams.

There is over 200 years of living history residing inside of Old Fort Erie. Constructed in 1764, Fort Erie was the first fort built in Ontario by the British and was a base for British troops, Loyalist Rangers, and Iroquois Warriors during the American Revolution (1775 - 1783).

It was the major crossing point into Canada from the Underground Railroad from 1793 - 1865 and is known as Canada's bloodiest field of battle with over 3000 troops killed and wounded during the Siege of Fort Erie August 3 to September 21, 1814. 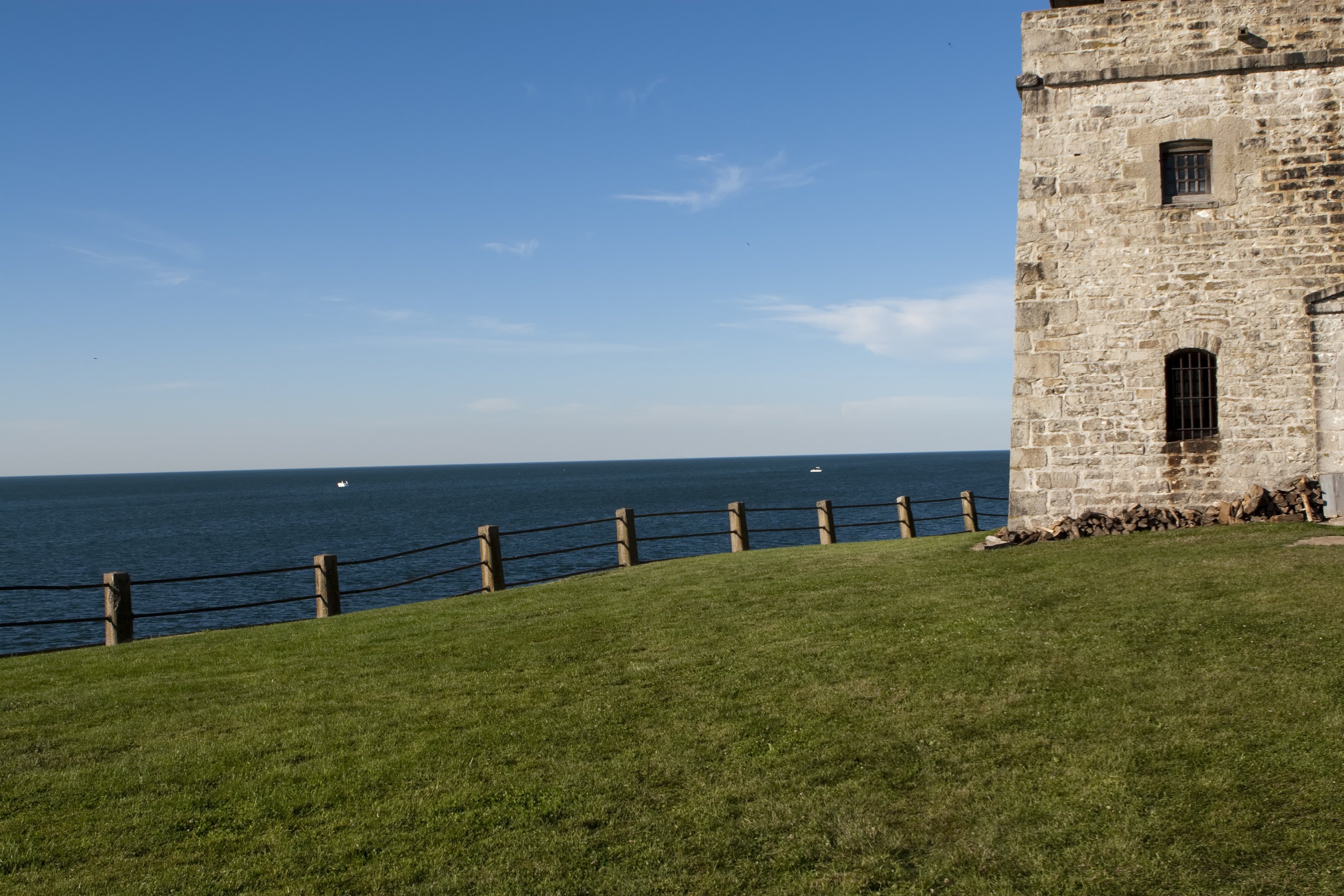